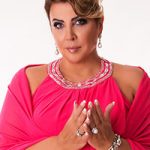 The “Russian Soprano with Verdi in her Veins” is the recipient of numerous prizes and awards including Premio Puccini 2009 – for Best Puccini Performance, Giovanni Zanatello Prize for her debut at the Arena di Verona, Maria Zamboni gold medal, 1999 gold medal at the Osaka Festival, 2001 Bellini Prize, the Arte e Operosita nel mondo prize from Milan, etc. For her social engagement, she has been awarded the Orden of Holy Olga, the Highest Orden of the Russian Orthodox Church by Patriarch Alexis of Russia. Ms Guleghina is the honorary board member to the International Paralympic Committee as well as a Global Goodwill Ambassador to Unicef.

Some recent successes include performances as Abigaille at the Deutsche Oper Berlin, debut as Minnie in La Fanciulla del West at the Opening of the Puccini Festival and Tosca in Torre del Lago, as well as Turandot in Teatro Colon in Buenos Aires, Sofia Opera, Mariinsky Theatre, as well as a triumphant solo recital at Carnegie Hall in New York, and a tour of Solo Concerts in Russia. Most exciting recent success was her debut in the Wagnerian Repertoire, as Kundry in Parsifal which she performed under the baton of Valery Gergiev at the Mariinsky and Constantin Trinks at the Sofia National Opera – for which she also received raving reviews.

Selection of upcoming engagements include performances of Turandot, Tosca, La Forza Del Destino at the Mariinsky Theatre and further Turandot performances in Sofia and Bucharest, Abigaille in Nabucco on tour in Japan, as well as a role debut as Kostelnicka in Jenufa at the Concertgebouw in Amsterdam.